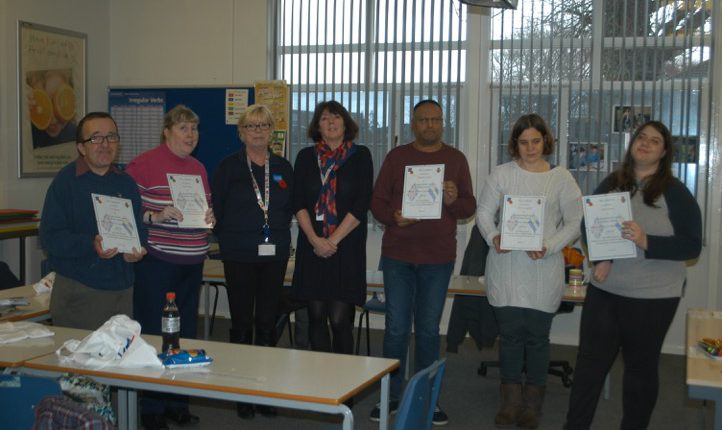 Representatives from the British Legion visited a group of ALDD learners in Aylesbury on 27 February.

The learners raised £89.70 for the charity at their Christmas Fair where they sold handmade crafts, gifts, cards and refreshments. The British Legion were their chosen charity as one of the learners volunteers in their shop.

Each learner was presented with a certificate to thank them for their fundraising efforts and asked questions about the British Legion to find out what their money will go towards, when the charity was set up and what the poppy signifies. They found out that the British Legion was formed in 1921 to help ex-servicemen and women and the poppy became the symbol of remembrance as they were growing in the battle fields at Flanders in France during the first world war.

This was a very celebratory and rewarding visit which all the learners benefitted from greatly.

Request a call back
Register for the waiting list
We use cookies to ensure that we give you the best experience on our website. If you continue to use this site we will assume that you are happy with it.Ok